I have been dancing for over ten years now, and one of the challenges I find in promoting dance in the Church is the large number of people who think dancing is an inherently sinful activity. The list of people includes more than a few saints:

In themselves, dances and balls are indifferent things. However, in actual practice they tend strongly toward the side of evil, and therefore are dangerous.

[Dance] is a circle whose center is the Devil and his cohorts constitute the circumference, since very rarely or almost never does one dance without sin.

The Devil invented balls for girls to be lost, and extended them throughout the world like an immense net in order to catch the young people and submit them to his tyrannical domination.

This is merely a few select quotes. They have plenty of additional warnings as to the evils of dance. In short, my critics say that you should really avoid ALL dancing, because ALL dancing will almost certainly lead you to hell.

To begin my response, I believe these saints had an authority that was based in the life that they lived, a life of holiness, of love and sacrifice for our Lord. Much of the advice they gave was very good.

Dances Often Are Bad and Should Be Avoided.

Furthermore, regarding dance I am in agreement with these saints in many respects. There is a great deal of dancing that is either lustful, frivolous or both. I suspect that much of the dancing that these saints were accustomed to was of this evil character, and they would be doing well to warn their flock away from such an evil.

I would go so far as to say that I am more against this bad dancing than many of the critics, because I know how good dancing is supposed to be. But the question remains, is there any good dancing?

Dance is Not Merely Innocent, but Good

I would start with the parable of the Prodigal Son.

Now the older son had been out in the field and, on his way back, as he neared the house, he heard the sound of music and dancing. Luke 15: 25

When the elder brother returns to the home at the end of the day, he finds the household celebrating the return of the younger son with dancing. This parable tells us heaven rejoices at the return of a sinner by dancing! The father in the story is God the Father. Would Jesus speak of celebrating such a return with dancing, if he found it to be inherently bad? Of course not; he chose dancing because it is a good and holy way to celebrate. For this reason, the Israelites celebrated their deliverance from Egypt with dance, and David danced before the Ark of the Covenant. So if scripture or tradition say dancing is bad or to be avoided, it can only mean dancing done the wrong way; that is dancing that is influenced and corrupted by the devil.

Having said that there is another question. Many of my more modern critics would contend that dances where the man and women never touch (if done in a suitable time and place, and to suitable music) are not forbidden; however couples dance, such as waltz or swing, is forbidden. This is because the man and woman touch so much that the chance for sin is too far too great for them to handle. They will inevitably and invariably fall into lust. Couples dance was unknown during the writing of the Bible. What are we to make of it?

All Things Can Be Turned to Evil.

In answer to St. Francis de Sales, who told us that balls are indifferent but tend to evil, I would look at our economic system, which is filled by injustices wrought by the sin of greed and envy. Our eating turns to gluttony, and our social media is turned to sloth. All things the Devil seeks to turn to evil. But the economy and social media are at the periphery of what it means to be human. The Ball, as CS Lewis noted, is much closer the mystery of being human, to the mystery of the Church, and to the mystery of Heaven and God himself. The rules of an economic system are highly arbitrary, but the rules of dance are not; they come from our body and our spirit. The true nature of dance is never in a state of flux. Couples dance is the art of man and woman in the image and likeness of God; it is made with the crown of creation, man and woman themselves.

I am not saying that there is no danger of sin and immorality in couples dance. There is a great danger in it! But there is a vastly even greater potential for beauty and goodness. Because dance is by nature holier than economics, the Devil’s hate of it is that much the greater. The Devil hates the beauty it creates. The fact that it so intimately connected to romantic love between men and women, the thing that creates new life, infuriates him. He truly and madly hates the image of God of it creates. He greatly desires to turn all couples dancing to lust, then all dancing into a mosh pit, with a plain, dull, reverberating beat, so that everyone will lose their human identities into a mush of lust. The mosh pit is the image of hell. And just as the Devil delights in this corruption, the saints are disgusted by it. The higher something is, the farther it can fall and the worst the fall is.

Is there any place, any time, any occasion wherein so many sins of impurity are committed at the dancehalls and their sequels?

While no heart on earth is completely pure, I can attest that at the dances that I attend, there is no discernable impurity of heart. In fact, I find the purity of heart of my fellow dancers, male or female, to be very high! Purity of heart is not only the absence of bad but also the abundance of good. What good are all the pure thoughts in the world, if we lack the courage and confidence and virtue to express them? The good dancers actions are the results of years of training, which allow them to express this purity. Even if they feel otherwise on a certain day, their actions are the expression of the most central part of their heart- a desire to be chaste, honed over years of study.

To say the boys at such events are only occupied with attracting a girl is false. I've taught the young men and women for my events. When one of them dances and is part of a community, there is no need to worry about attracting the other. If there is any worry, it is in improving the quality of one’s dancing skill so one can better love his partner in a chaste and beautiful way. The minds and the bodies of boys and girls are trained to act in a chaste way; even when tempted, the virtue holds and holds strong! When a girl knows she can get authentic love, she will not let herself be used. When a boy knows a girl will appreciate his power, kindness and creativity, he will put them in the service of the girl to make her first feel safe and then beautiful.

I repeatedly watch my fellow dancers dance without nary a hint of lust. Instead I see fellowship, and a growth into holy men and women. Does lust sometime happen at some dance events? Yes, but ironically it happens off of the dance floor, and very infrequently. To my critics, why would you deny the mountains of the goodness of God just to avoid a comparably small amount of sin? Were dancing merely innocent and frivolous, I could see the point, but couples dance is very good!

There is always the person who says to me: "What harm can there be in enjoying oneself for awhile? I do no wrong to anyone; I do not want to be religious or to become a religious! If I do not go to dances, I will be living in the world like someone dead!" John Vianney

Dancing is also a fundamentally religious thing; one cannot dance well if one is not religious. When people tell me that I am such a great dancer, I reply that I ought to be; I have taken a lot of lessons and practiced a lot. I have bound myself to the authority of the dance community and its way of life. To get the most out of dancing, one must become very religious about it.

Even if one is not religious otherwise, dancing itself is a religious, Christian thing. Dancing has helped me immensely in improving my relationship with God, and it has done so for many others as well. When I take lessons I am learning Christian theology and spirituality! The rules of dance, based in our bodies and our spirits, are analogies for the truths of our Christian faith. Even when the instructor is not Christian, I have found the theology to be true to what I have learned in Scripture and tradition.

I had been told that God is a Trinity of three persons in one God for as long as I had been alive, but only after I learned to dance did the beauty of what that meant truly reach me. Only after learned to dance did I see how the fact God is a Trinity profoundly affected ever single aspect of my life! When I give talks at churches and I ask the audience- devout serious Christians- to explain the Trinity, I can see the suffer from the same deficiency that I once did.

What, then, will a young girl or a boy do who have decided to go to the dance? What love will they have for God? Their minds will be wholly occupied with their preparations to attract the people with whom they hope to be mixing. Let us suppose that they say their prayers--how will they say them? Alas, only God knows that! Besides, what love for God can be felt by anyone who is thinking and breathing nothing but the love of pleasures and creatures?

To answer “what love I will have for God?” I can only answer, all of the love I have. When I dance I regularly finding myself lifting my thoughts to God. I find myself thanking him for the beauty and the goodness of the woman that I am dancing with. St. Augustine tells us to sing is to pray twice. I say to dance in a couples dance the way God intended, is to pray four times over. If St. John of the Cross could lift his soul to God by meditating on a love poem, why can’t a person lift their soul to God when mediating in the dance? The poem only moves the mind to holiness, but the dance lifts the mind and body to holiness.

Do avoid bad dancing, but do learn to dance well. What a great witness you can give to the world when you go out dancing and dance well! Your very bodies become a gift to everyone who can see. Your actions are a testament that the body is good! Your joy will tell people that Christians are full of joy, and their joy makes the world a better place! 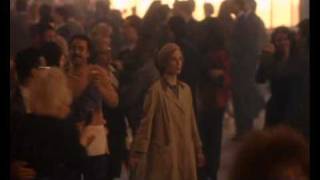